That was the racist heckling directed at Spurs baller Patty Mills Sunday at The Q … while he was at the free-throw line at the end of a blowout win over the Cleveland Cavs. 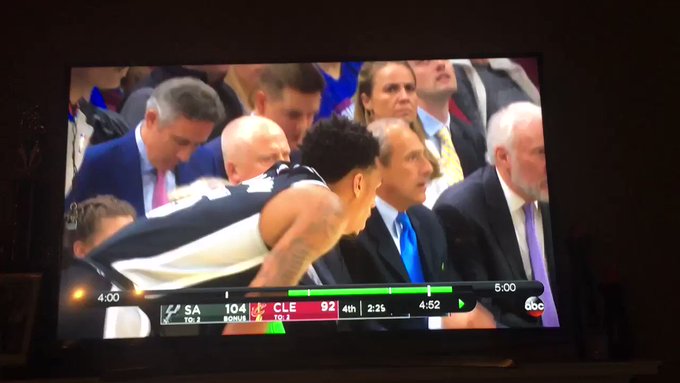 Patty — who’s not Jamaican, but Aboriginal Australian — didn’t hear the taunts during the game … but when a fan brought it to his attention aftewards, he reacted like a true pro.

“I am a proud Islander. Like my Jamaican Brothers, me & my family in the islands of the Torres Strait have experienced racial slurs for decades. Hope your efforts will enlighten this confused, hateful fan. #BlackHistoryMonth,” Mills said.

FYI, this is the second instance of racist heckling in a major U.S. sports league this month. A group of Chicago Blackhawks fans chanted “basketball” at black NHL player Devante Smith-Pelly last weekend … and were later slapped with a lifetime ban.

Guessing this scumbag faces the same fate once they figure out who he is.

The Movements with Dubbmaster Chris: Our hottest new show where we fling chune inna di afternoon!